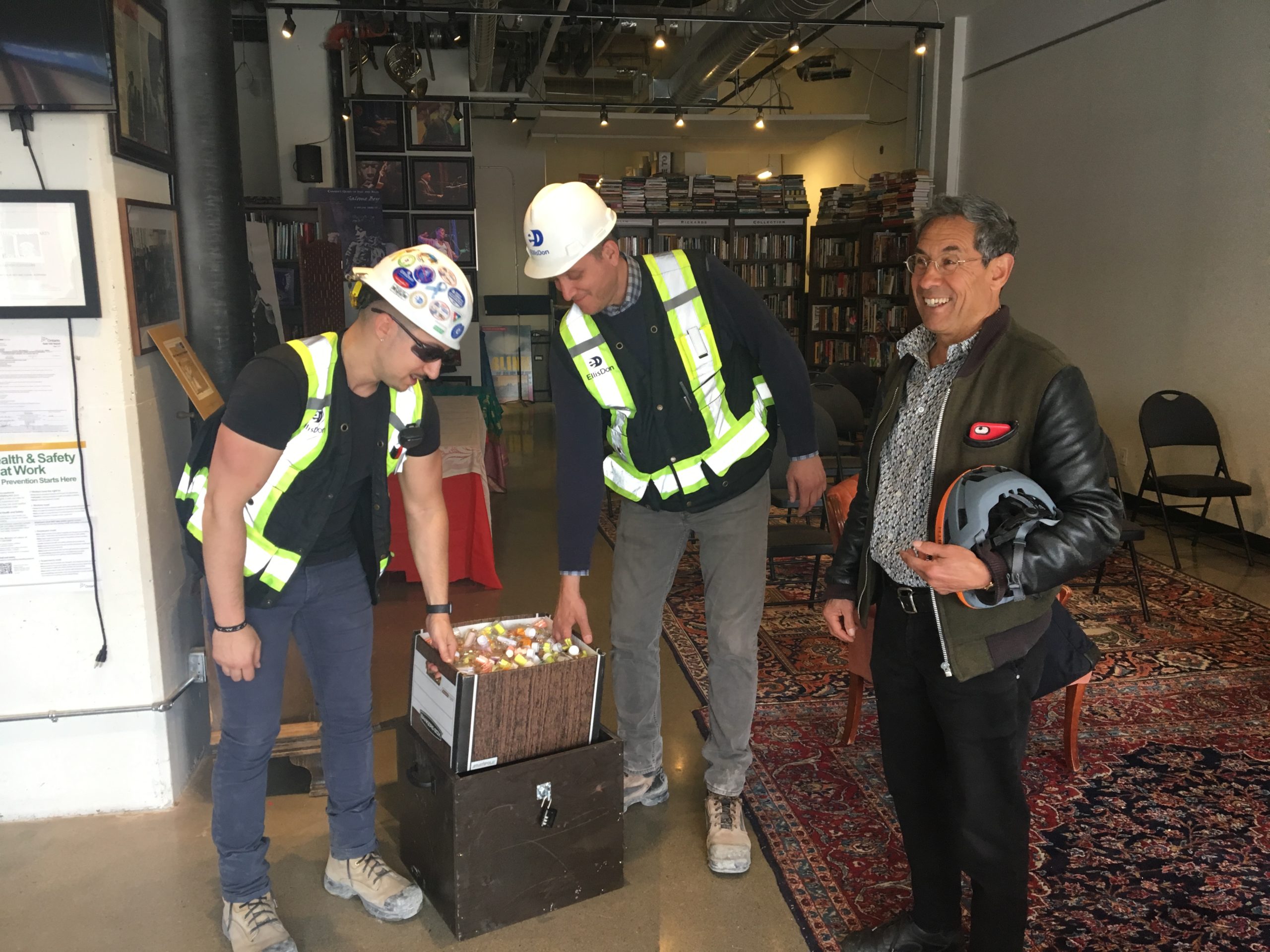 Hubs. Co-working. The sharing economy. These are some of the buzzwords of the moment, used to celebrate inspired, imaginative and progressive working styles as opposed to the corporate silos and cubicle farms of yesteryear. Absent from these conversations are the black community spaces that, out of necessity, organically became co-working hubs rooted in sharing economies long before these terms became sexy.

Our job is to connect people with people. Writing and publishing are very lonely and scary places to be in.– Itah Sadu , co-owner of A Different Booklist

Installation artist Leslie Hewitt recently reminded me of this fact: Black spaces like the First Baptist Church in Memphis — a community post office, church and civil rights leader Ida B. Wells’ headquarters — have been multi-use hubs for generations simply because of the historic limitations put on black bodies.

That legacy has been continued by A Different Booklist, the independent bookstore at 746 Bathurst St. in Toronto. For just over two decades, owners Itah Sadu and Miguel San Vincente have operated A Different Booklist as an organic hub. At the end of this year, the doors of 746 Bathurst will have to close, as the iconic Honest Ed’s building and neighbouring Mirvish Village strip now belong to Vancouver developers Westbank Projects. The plan is to demolish and redevelop the entire area into 1,000 rental residential units and a new public market.

When Sadu first learned of the impending dislocation, her heart sank. However, as she told me during an interview earlier this week, she quickly realized that with this rupture came an opportunity. “What [it] allowed us to do is see clear that we had outgrown the space that we are currently in. We were becoming comfortable with the space and sometimes with that comfort comes collapse.” 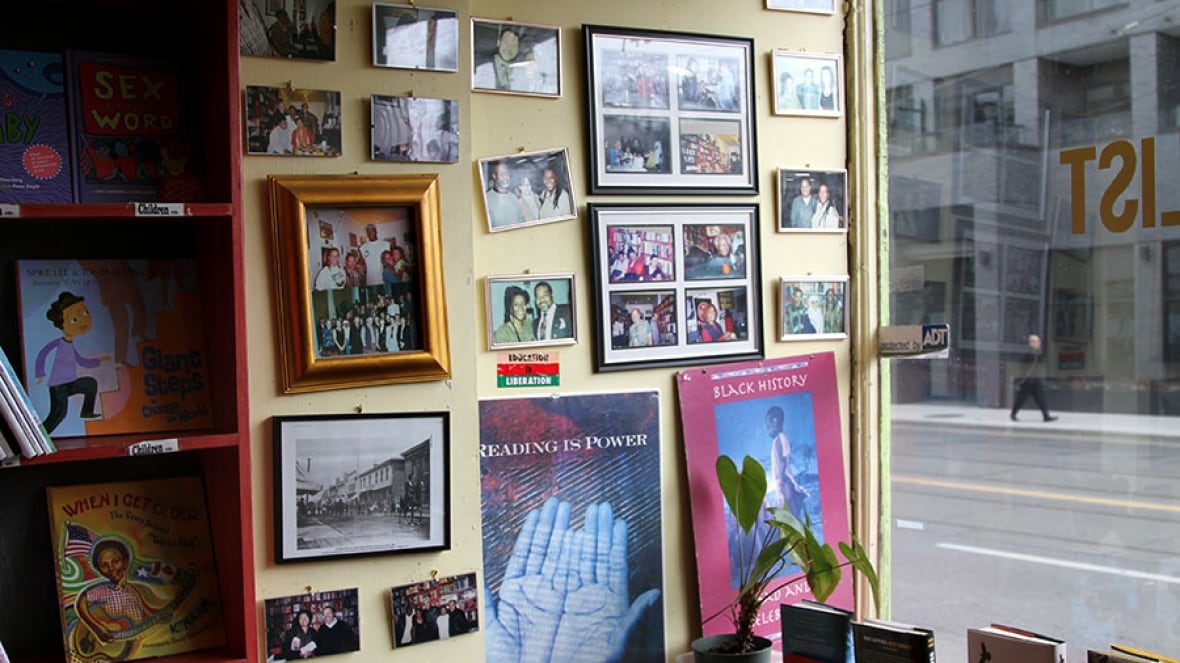 Photos on the wall of Toronto book store A Different Booklist. (Dave Morris)

A Different Booklist was taken over by the husband and wife duo 17 years ago when former owner Dr. Wesley Crichlow decided to sell in order to pursue his academic career. Coming from the worlds of trade union organizing (San Vincente) and education/children’s book writing (Sadu), they sought out mentorship from peers and leaders in the community as they embarked on a new adventure — entrepreneurship. Famed journalist and editor Harold Hoyte told them, “Every single thing in the city that moves, the bookstore must be connected with it, because everything in the world has a book.” Those words helped to shape the strategy that informs their survival to this day. “We took on a physical place and people designed the space,” Sadu says.

Marked by its lime green exterior and its beautifully-curated window displays, community members came almost immediately to the store with requests to hold film nights, open mics, book launches and even weddings. The space quickly evolved into an organic hub that transcended the business of selling books.

Beyond the events, A Different Booklist became a site for a less tangible kind of community support, such as referrals for seniors who couldn’t afford taxis to take them to the doctor, young people looking for intellectual resources to support their learning or writers seeking to develop their skills. The store became a space where elders would spend the day scouring through books, watching old Caribbean comedies, asking Sadu about her advice on retirement homes and sending her to get them food they shouldn’t be eating (often from the roti shop next door). 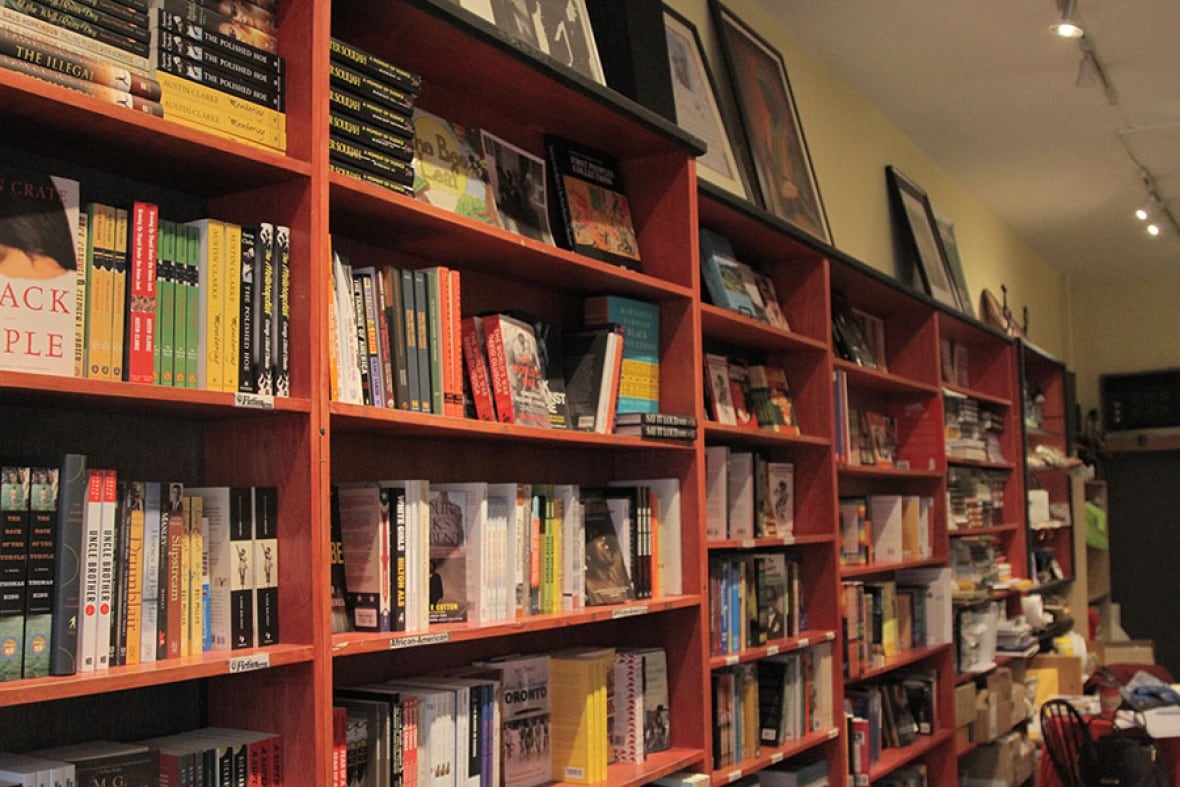 It became a space that students such as myself frequented, as we not only sought out books, but also the advice of Sadu and San Vincente, who would help us work through the emotional as well as intellectual journey that comes with belatedly learning one’s history. It became the space where diverse writers would come when looking for insight and connections into the often intimidating world of publishing.

Sadu describes the role of the bookstore as one of a broker and translator. “In essence, our job is to connect people with people. Writing and publishing are very lonely and scary places to be in. There’s a lot more discouragement than encouragement. It’s important for us as a bookstore to hold open the doors wider or hold open the elevator doors longer or to try and put a wedge in the door so the door don’t close.”

One story that Sadu shared with me illustrates the depth of value the bookstore holds for certain residents in the city. Celebrated poet, feminist, psychiatric nurse and arts advocate Ayanna Blackwas a co-founder of the Canadian Artists Network: Black Arts in Action (CAN: BAIA) which produced the CELAFI international arts conferences, Tiger Lily (the first Canadian literary journal devoted to women of colour) and was the programming chair of Toronto Arts Against Apartheid.  When she realized she was dying of cancer, she went to A Different Booklist with a request.

“She didn’t have a lot of family so she asked the bookstore to look after her…. Here was a woman I was in awe of because I always saw her carry people in her journey with her, never alone. [Her request] was something that I wasn’t happy about because this wasn’t a nice thing, it was a sad thing, but at the same time it really made Miguel and I think, wow, how people perceive a bookstore. Because she thought, as a writer and an author, that she could come to us and say, ‘Look after me.’ What an incredible job.”

“A conversation that happens almost every day is around the building of infrastructure for our community, and how important it is for our young people to see the ownership of things.– Itah Sadu , co-owner of A Different Booklist

In an age where independent bookstores in Toronto such as Pages Books & Magazines, Toronto Women’s Bookstore and This Ain’t the Rosedale Library have permanently closed their doors, Sadu credits A Different Booklist’s survival with its growth into a kind of cultural centre and hub for community.

Sadu and San Vincente have always known that the location of A Different Booklist is as significant as the bookstore itself. Similarly to Eglinton West today, historically Bathurst and Bloor was the core of the Black Caribbean community in Toronto. Patty shops, barbershops, roti shops, record shops and beauty shops lined Bathurst Street.  Caribbean teenagers attended Central Technical School just south of Bloor and new immigrants would come in droves to visit Honest Ed’s, the temple of discounts and kitsch. 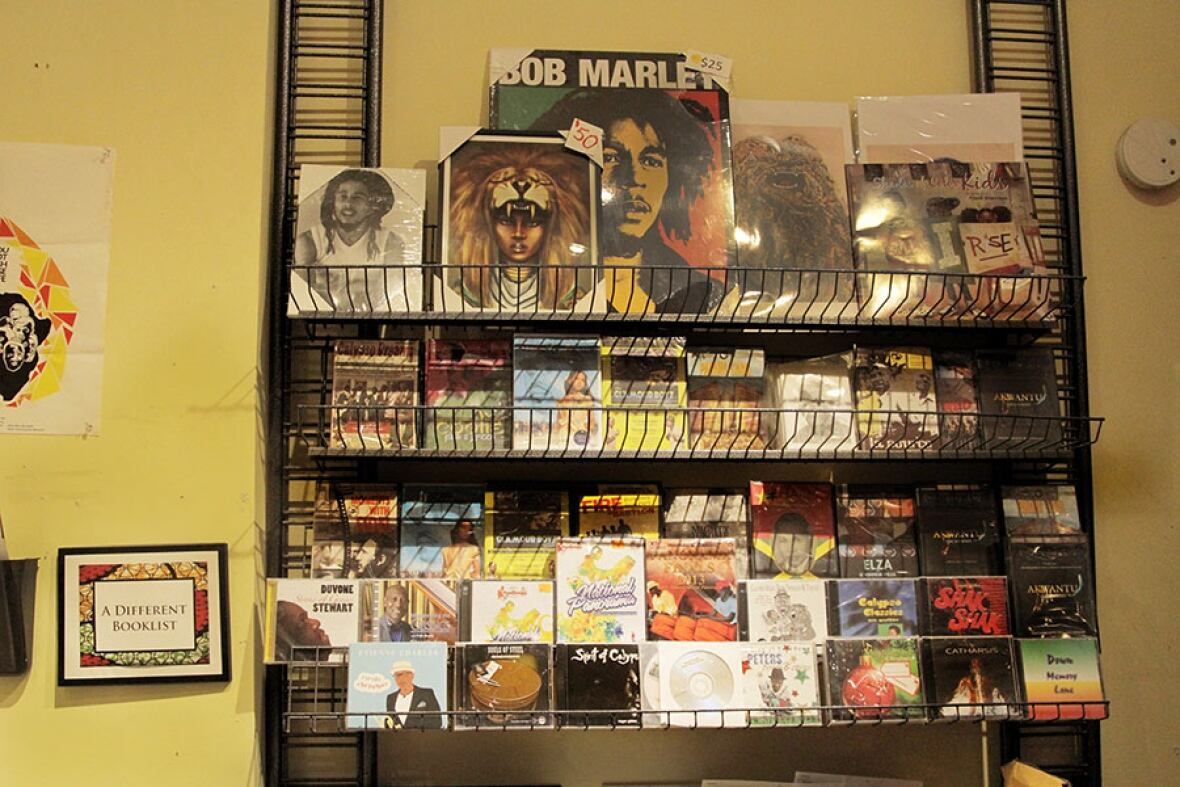 Around the corner on Lennox Street was the home of Contrast Newspaper where stalwarts of the black Canadian media and publishing world such as Royson James, Hamlin Grange, Norman “Otis” Richmond, Austin Clarke, Jojo Chintoh, Cecil Foster, Arnold Auguste and Tom Godfrey all at one point worked/contributed. Al Hamilton, the founder of Contrast Newspaper, lived in the same building that A Different Booklist is now housed in. Its predecessor, Third World Books and Crafts, was once located just down the street. Each day, until the age of 91, the legendary Stanley Grizzle, former union head of the Brotherhood of Sleeping Car Porters and the first black Canadian citizenship judge, would walk from his home on Palmerston Avenue down the street to A Different Booklist.

As Sadu and San Vincente begin planning the next steps for the store, they are adamant about two things: this is not the end of A Different Booklist and they want to remain in the Bathurst community. Recognizing this moment of dislocation as a familiar story for black businesses across the city has led to thoughts around sustainability, infrastructure and ownership, words that are part of a repetitive refrain in black community organizing. Sadu notes that her generation and the generation before it has spent a lot of time talking, educating and sometimes requesting permission. But today she is inspired by a hip-hop generation that has little patience for talk.

“One of the things that we’ve witnessed as a bookstore and a conversation that happens almost every day is around the building of infrastructure for our community and the ownership of things, and how important it is for our young people to see the ownership of things. With all that we’ve read, all the movements we’ve been a part of, all the things that we know, and all the issues that we face, the one thing that we know most is that our access to space is the on-growing agony, conversation and focus of people of African descent. The ownership of land.”

The next step for A Different Booklist may be ownership of space in the Bathurst and Bloor community. No definite plans have yet been determined, but one thing is certain: it cannot be done without the support and investment of community.